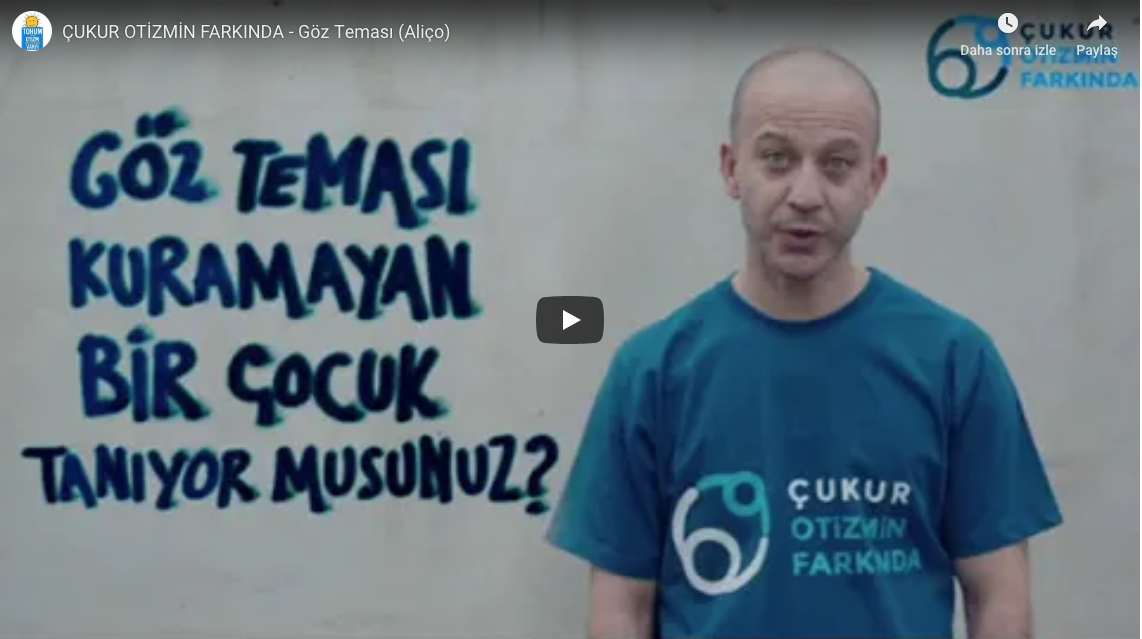 The campaign ‘’10 Seconds To Autism’’ was implemented to raise awareness on indications of autism with the cooperation of the TV series aired in June 2018 named Çukur. Lead actors such as Aras Bulut İynemli, Rıza Kocaoğlu, Dilan Çiçek Deniz appeared on videos raising awareness about indications of autism. The videos were posted on the social media accounts of thr series Çukur, Ay Productions, Show TV and the actors. Eight videos were filmed in total in terms of explaining the signs of autism. The campaign videos got 3.940.978 views in total.