What is Autism Spectrum Disorder ('ASD')

You may be concerned that your child’s behavior is different from other children of their age. If you think that this types of behavior could be signs of autism, then you may wish to find out what autism is and how it may affect you and your family.

Autism Spectrum Disorder (‘ASD’) is a complex neurodevelopmental disorder that either is present at birth or develops in the early years of childhood. It is believed to be caused by nervous system problems in the structure or the function of the brain. In this text we refer to ASD as autism from time to time for ease of use.

Though the exact cause of autism is uncertain, there is some evidence that it has its basis in genetics. Unfortunately, which gene or group of genes is responsible for autism is not known. There are also some views that associate environmental factors with autism. Much of research has focused on both genetic origins and environmental factors.

Autism is not in any way related to how children are raised or a family’s economic situation. ASD occurs in each and every society, in different countries, ethnicities and families.

What are the Characteristics of ASD? 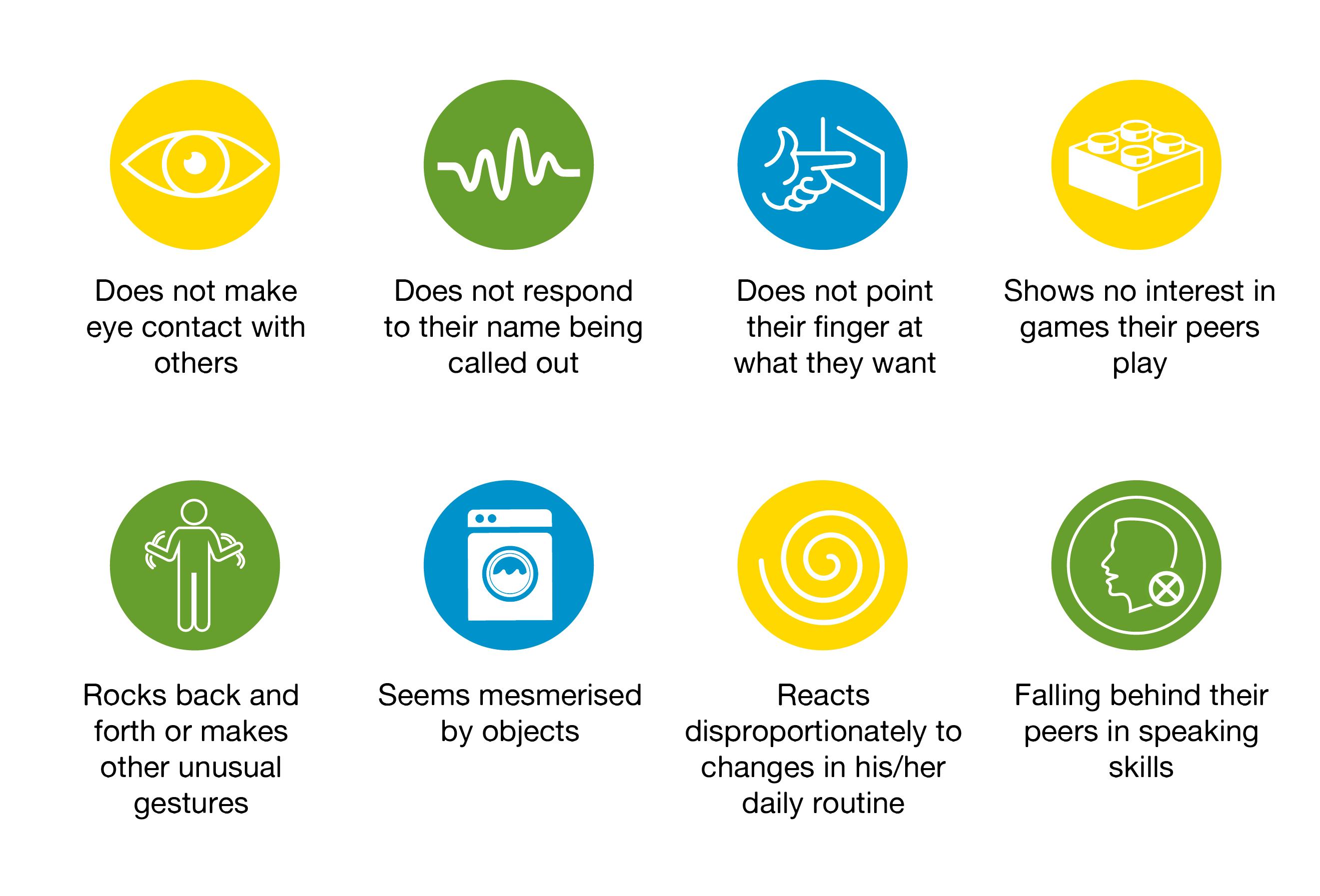 The Importance of Early Detection

… then an autism evaluation should be carried out. Roughly half of children who are diagnosed early on and receive the appropriate education in an intensive way can control their behavior, make developmental progress, and in some cases be indistinguishable from their peers by the time they are teenagers.

How is autism diagnosed and by whom?

Only medical doctors specializing in autism can diagnose the condition. Children with autism do not look any different from other children, their dissimilarities manifest in their behavior. The diagnosis made by specialists is based on observation, developmental testing, and parent interviews. Autism can be diagnosed after the first 12 months of a child’s life. Early diagnosis expedites the start of special education and prevents waste of time.

In our country, only child neurologists and child mental health care professionals are qualified to diagnose autism.

In order to follow up on changes and make sure that necessary arrangements are made, your child should be seen by a child mental health care professional at regular intervals (Once or twice every year).

If your child has not been diagnosed with autism, which institutions and specialists can you contact?

How Do You Get a Medical Board Report for the Disabled?

In order to get a Medical Board Report for the Disabled, you need to inquire with a hospital that has a Board for the Disabled (i.e. a Disabled Health Board). These boards are comprised of internal medicine, general surgery, ophthalmology, ear-nose and throat, neurology, and mental health specialists.

It's not your fault!

Autism is one of the most prevalent neurological disorders of our day and according to data from the Centers for Disease Control and Prevention agency in the United States, while in 2006 1 out of every 150 children was diagnosed with autism, this number has risen to 1 out of every 88 children in 2012. As of 2018, which is the most recent year for which we have statistics, 1 out of every 59 children now has autism.

Autism is observed in all races, ethnicities, and across every social strata; it must be stressed that a family’s income, lifestyle or level of education have absolutely no bearing on the occurrence of autism.

Although there is conflicting data on instances of occurrence, the consensus is that autism is more prevalent in boys than girls.

Children who are diagnosed with autism may have varying degrees of learning and intellectual disabilities.

In the past few years, autism has come to be recognized more as a special education category around the globe. Autism Spectrum Disorder (ASD) has now replaced the word ‘autism’. The definition of ASD presents itself through the following instances:

In the American Psychiatric Association’s Diagnostic and Statistical Manual of Mental Disorders (DSM–5), autism is redefined under “Autism Spectrum Disorder” and its characteristics are gathered under two main sections (APA, 2013):